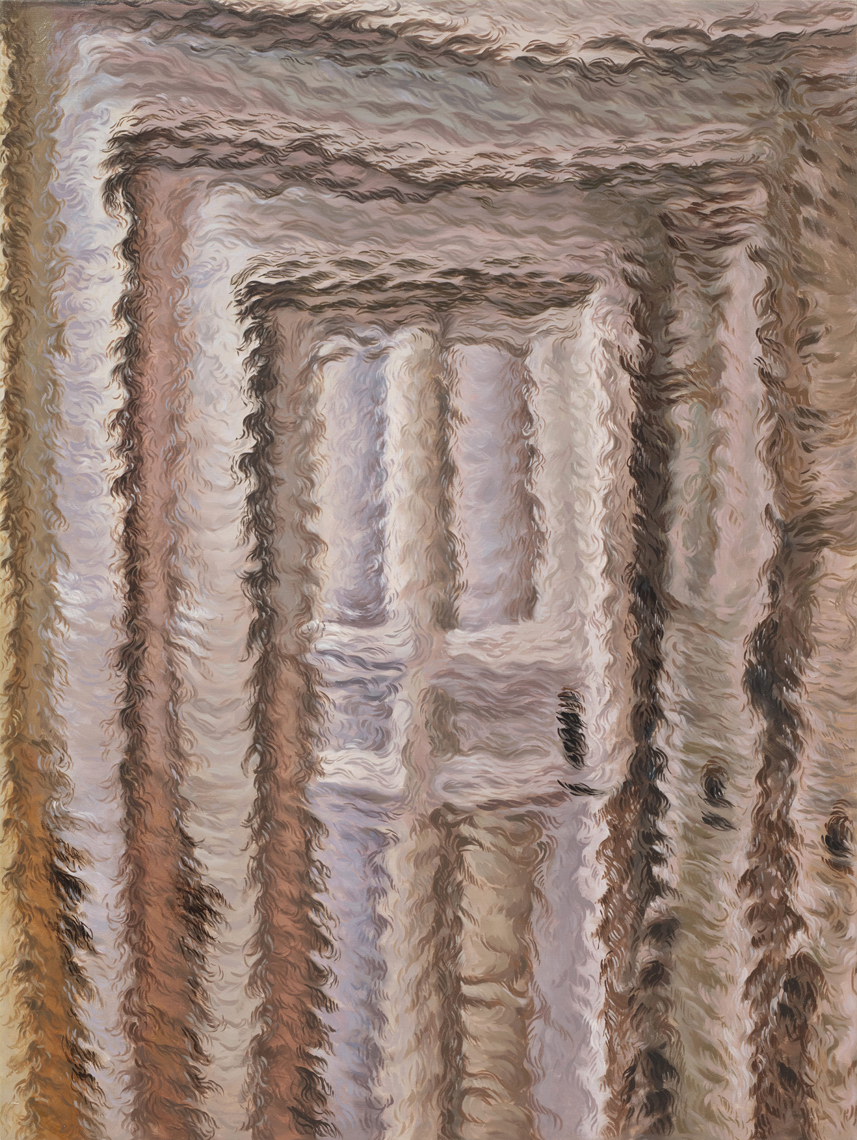 Olaismo exhibition consists of twelve oil paintings and two polychrome metal sculptures. The common denominator that unites this entire series of new paintings is the presence of a semitransparent element that stands between the artist and his reality, transforming that reality – what the artist sees – into an imprecise and blurred image, but extraordinarily rich in visual textures. The idea, later developed in the paintings, started from an image seen by the artist through the glass door of his apartment in Düsseldorf.
Each painted image is therefore what Diango Hernández sees from the glass door of his house; the works themselves function as that corrugated glass in Dusseldorf, which allows him to see half of what is outside, showing him a magically altered vision of the reality.
The paintings are the artist’s perception of these past two years in which our homes have become “the world”.
“These years of domestic confinement, due to the pandemic, brought me “home” when I say home I mean to Cuba. When I was living in Havana I used to spent complete days without leaving home, drawing calmly, without anything interfering with the peace of that room, maybe only in the distance I could hear the sounds of the street. When I went out I always went to stare at the sea, because I lived very close to the Malecón. I used to go there especially in the winter months, when the sea of Havana “goes crazy” and collides with power against the Malecón wall, producing a very fine spray of salt water, which covers the city like a veil. On more than one occasion I thought that the Havana sea and its winter splashes were like a large corrugated glass; a semi-transparent and opaque object, through which I saw almost everything: the city, its people and even the horizon of the sea, which is nothing more than a portal to another world, a world so coveted by many Cubans.”