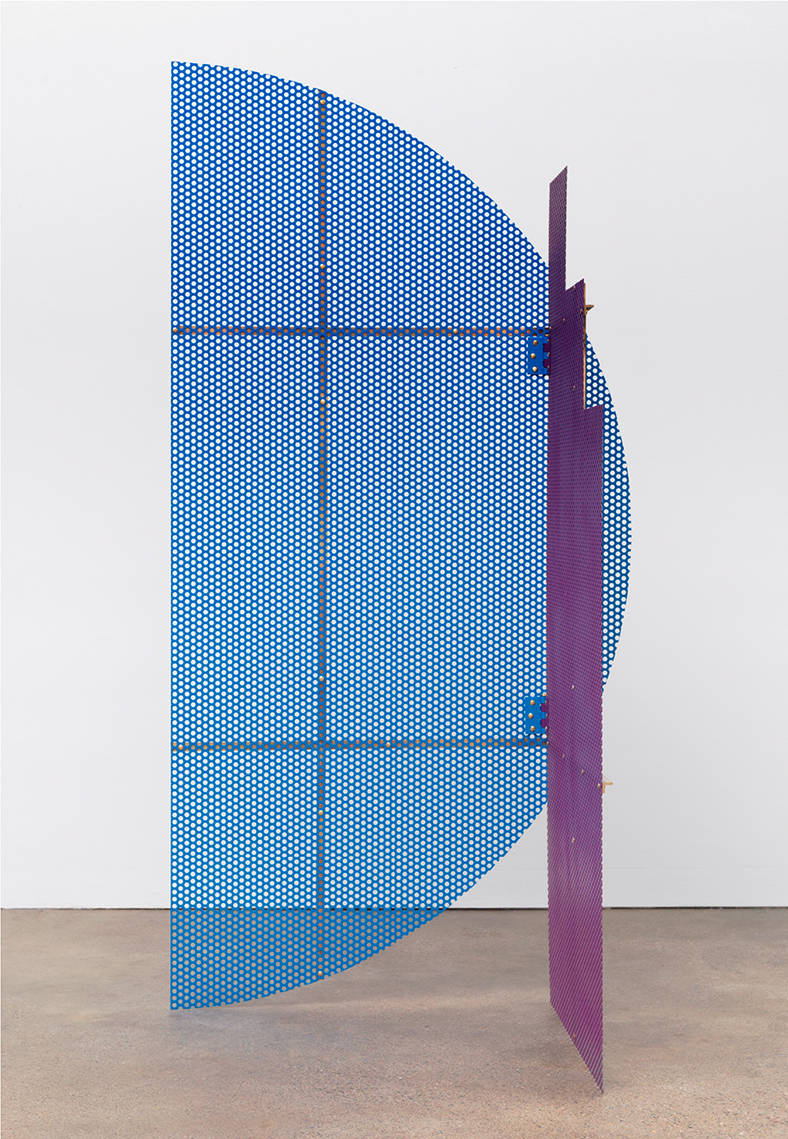 Kunstmuseum Bonn is hosting a solo exhibition by artist Eva Berendes called Façades.
Façades is also the name of the group of works, expressly created for the exhibition, which on the one hand respond to the architecture of the institution and the specific site of a “museum” and in the other hand engage in artistic reflection upon an abstract mode of painting that expands into space.

Set up both in the fore-court of the museum in front of the large array of windows and in the exhibition space behind, the works focus on the actual transition between these areas and thereby also mark their different functions. Thus the positioning of viewers in front of and between the works serves, in both literal and figurative sense, to fix the location of the body in space. The perspectival orientation of the gaze is repeatedly readjusted, in as much as the  “in-between” aspect, which is deliberately maintaind in an open state, allows the work to become an ambiguous object. Sometimes it presents itself to the audience as an architectural fragment, as a façade, or sometimes as a spatial body, as work of art. Eva Berendes frequently uses objects and materials from everyday life which she then brings into uncustumary constellations in order to induce an opening of interpretation and to discover new facets in the familiar.